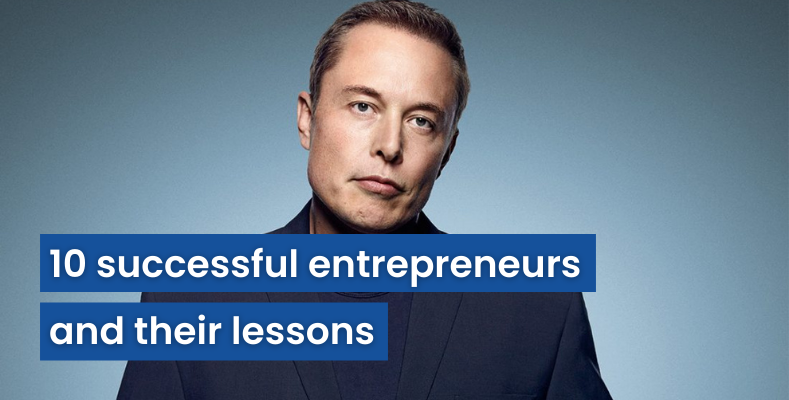 Elon Musk was one of the original founders of PayPal. After cashing out, he worked on several projects including SpaceX and Tesla, both of which he sunk virtually of the millions that he had received from his share of the sale of PayPal.

Tesla nearly went bankrupt during the GFC due to mistakes made in the manufacturing process and SpaceX had several failed launches. Despite coming extremely close to going broke, Elon Musk worked around the clock with his teams at Tesla and SpaceX to ensure that they would survive. His persistence paid off and his companies overcame their life-threatening issues.

Read: How Tesla nearly collapsed and came back 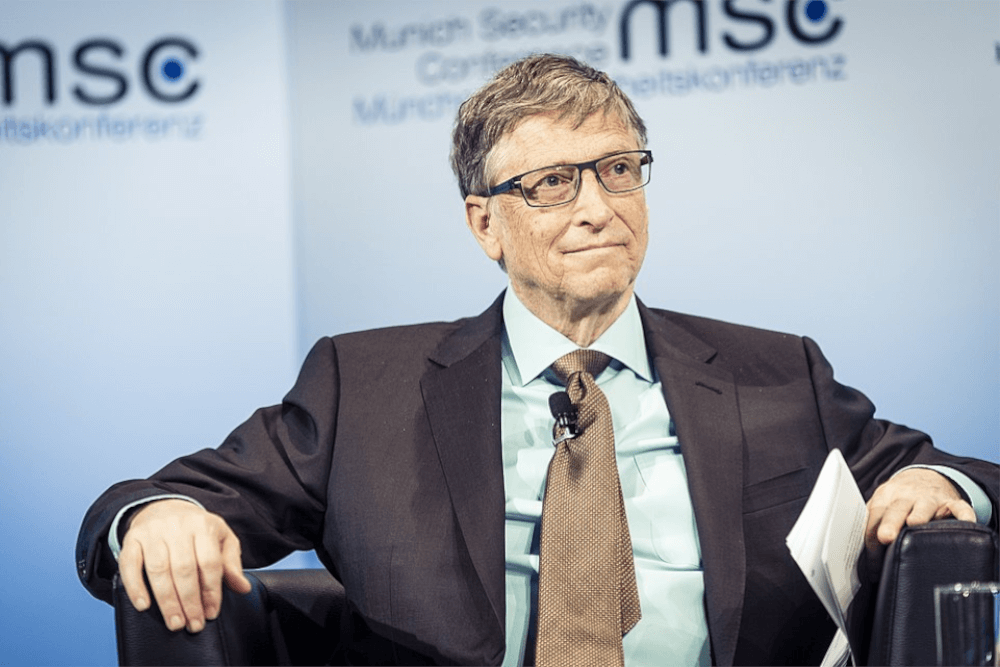 Lesson: Think ahead of the times

Bill Gates got his lucky break during the advent of personal computers. Computers prior to Microsoft and Apple were clunky, large and were mainly used by large companies, governments and branches of the military.

Improvements in computer chips allowed Xerox to create the first personal computers however they did not see a future for personal computing and focused on printers. Steve Jobs and Bill Gates seized upon the opportunity to take PCs to the masses. Microsoft did extremely well in keeping with the times for several decades but famously struggled to adapt to mobile and tablets. 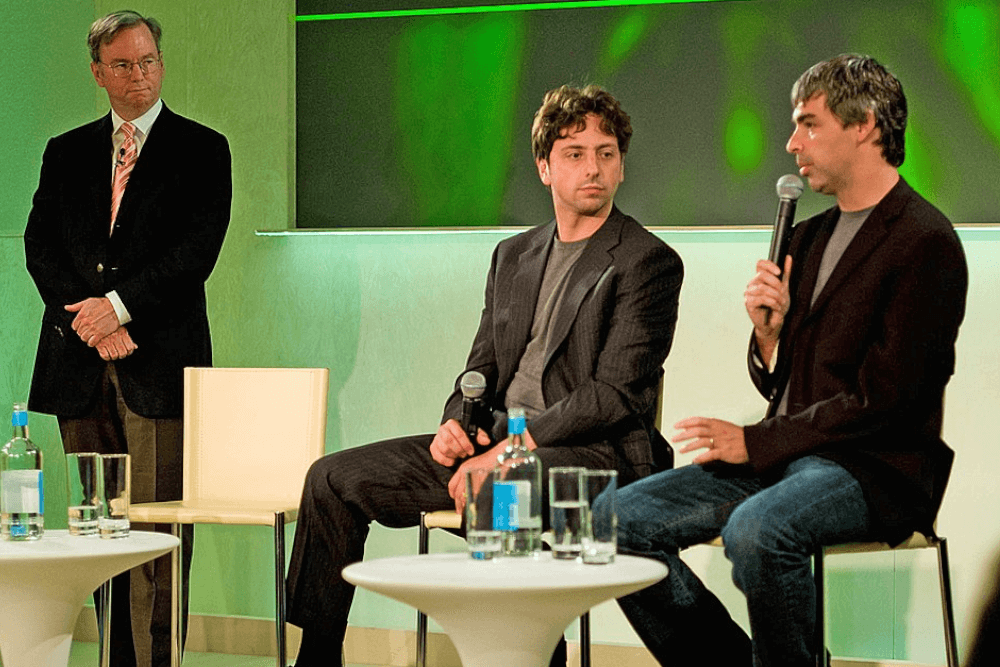 Lesson: Treat people with respect and they’ll return the favor to your company.

Google is so well known for their flashy work campuses that it was featured in the movie The Internship (2013). Their employees get free food, cooking classes, seminars, gym access, massages, education, and tuition subsidies.

Although this may be out of reach for your everyday business, the same message applies – treat your employees well and they’ll care more about your business and work harder in return. 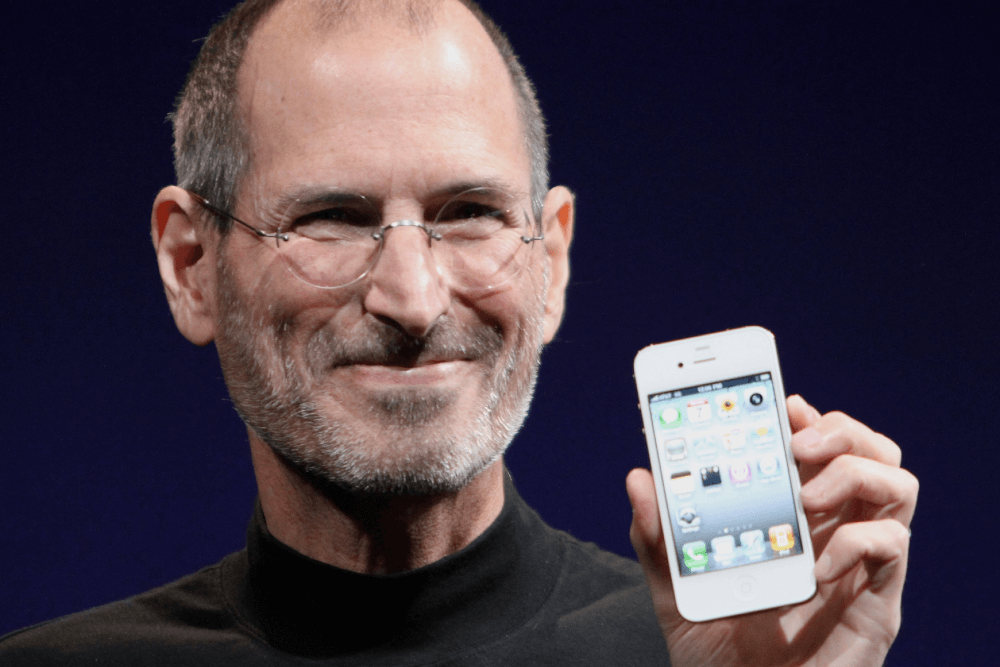 Lesson: Design is how it works.

Steve Jobs was renowned for his simplistic design cues and for Apple’s successful push into consumer electronics, specifically the smartphone.

The success of the iPhone was due to the products’ simple easy to use interface compared to its competitors’ clunky designs. His focus on user experience was innovative at the time and is still extremely relevant today for startups and businesses. 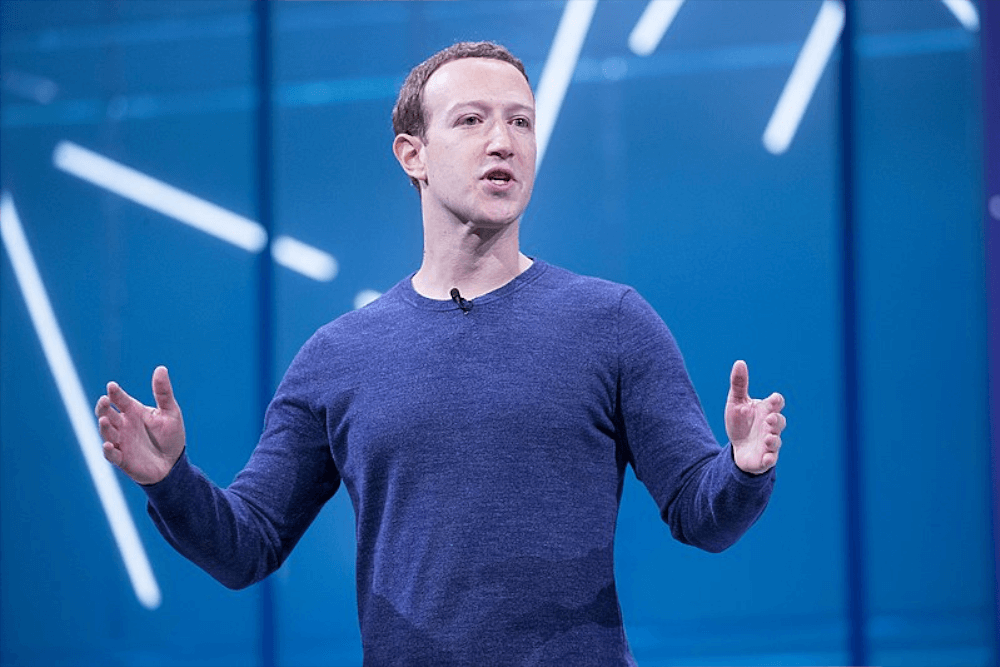 What is much less known is Sheryl Sandberg, who worked at Google prior to working at Facebook. Sheryl Sandberg is the COO of Facebook and has been credited with driving the leading revenue source for Facebook – advertising. Hiring the right person can make a huge difference and should never be overlooked. 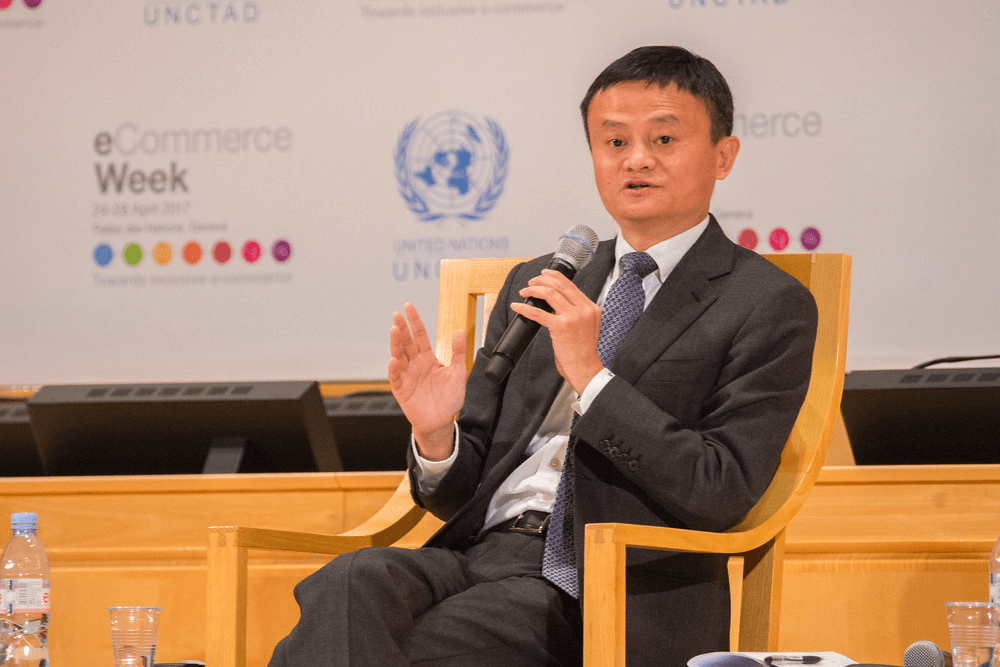 Lesson: The greatest failure is giving up.

Jack Ma is a true rag to riches story. He grew up poor in China, failed his college entrance exam twice, and was rejected from dozens of jobs including a job at KFC.

He found success with his third internet company, Alibaba which now has various websites that help Chinese companies sell overseas and within China. Jack Ma saw the opportunity for this type of business when he realised that Chinese companies didn’t have the marketing budgets to sell online and built a platform to help them sell their products.

Jack Ma’s success has been widely attributed to his business savvy and his grit. 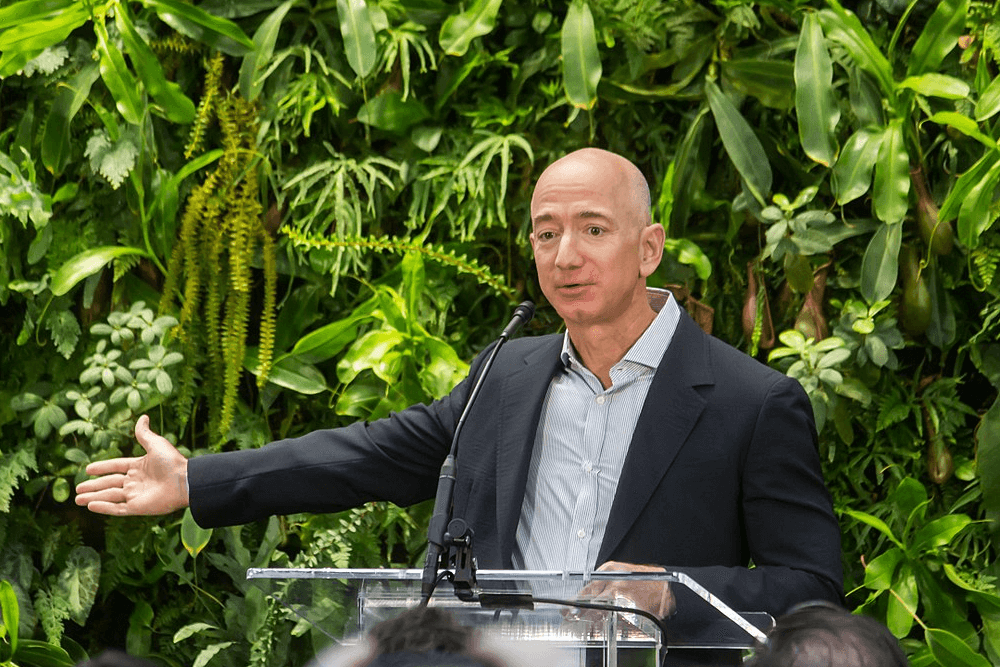 Lesson: Focus on a niche and do it well before doing everything.

Jeff Bezos started Amazon in his garage. Initially, it was just an online book shop and his rationale for selling books online was that book shops had limited space whilst his online store could list as many books as he wanted. Only after doing well in that niche did Amazon branched out into other products.

Amazon now dominates the cloud computing industry going up against the likes of Google and Microsoft. Amazon Web Services brought in $12.2B in revenue last financial year, from small clients all the way to large companies such as Netflix. Amazon developed a voice assistant called Alexa which operates much like Google Home. They built a music streaming platform to challenge Spotify and a video streaming service/studio to compete with Netflix. 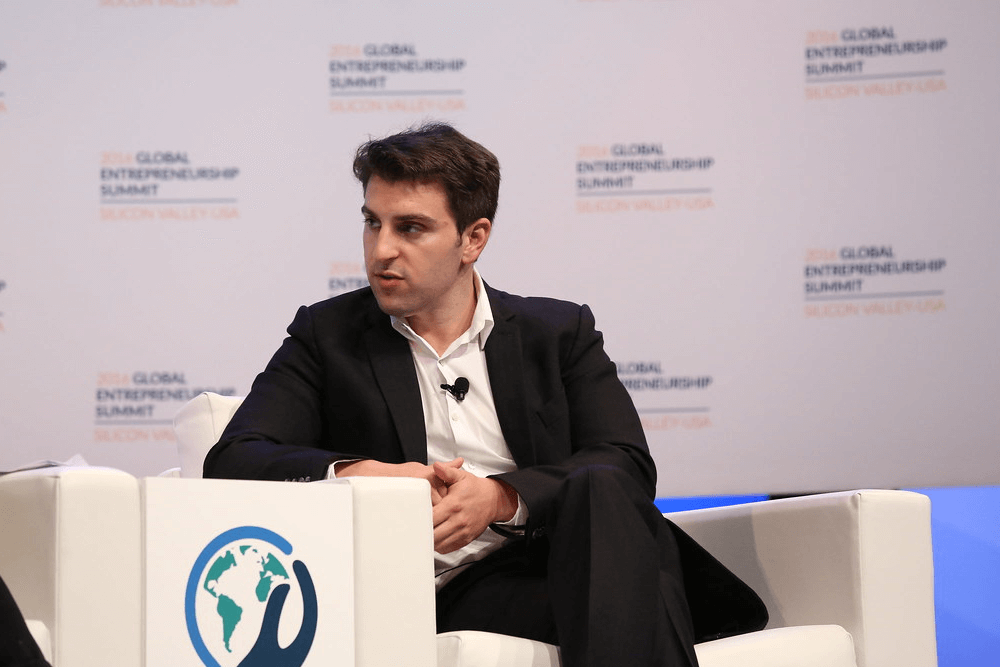 Lesson: Being your own customer is the best way to learn.

Early on during the first few years that Brian and his co-founders started Airbnb, they didn’t have many customers. Brian Chesky found out what his customers needed by staying at Airbnbs listed by their hosts and by asking them directly.

When you are a small or medium enterprise, always try and get honest feedback so that you can improve your business’ processes, and value to your customers. Airbnb has rapidly grown to have offices in 21 cities and now has 5+ million unique places to stay in more than 81,000 cities and 191 countries.

It is one of the most valuable privately held companies in the world and is still growing. It has done this by continuously innovating the process of connecting people with vacant property and people looking for a place to stay. 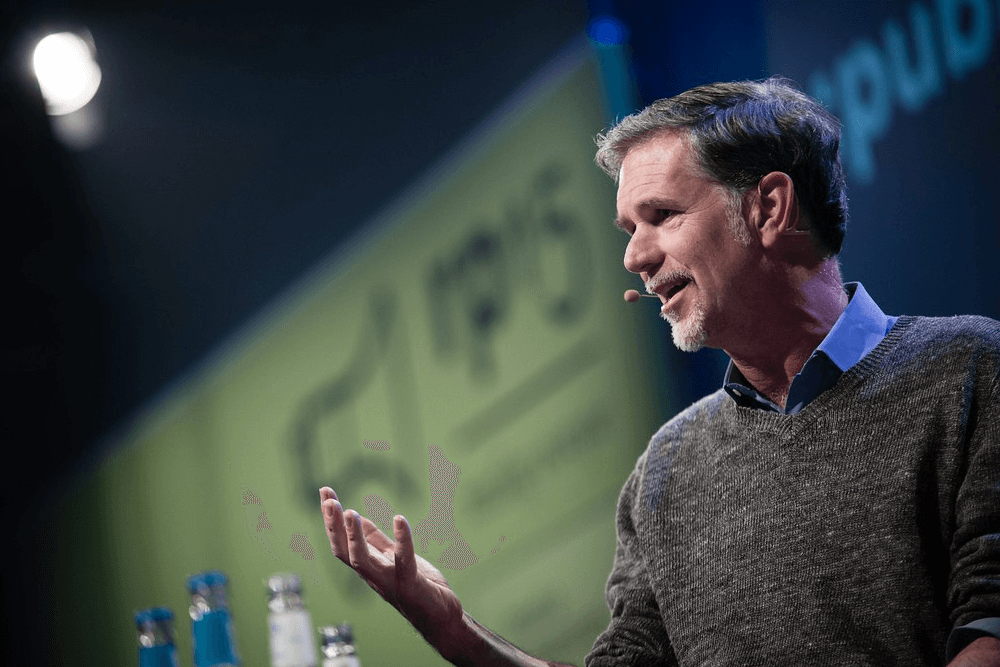 Lesson: Think ahead and change your business model based on technology trends.

Reed Hastings founded Netflix but when he first started, it wasn’t a streaming service. Netflix was the world’s first online DVD rental store, with 30 employees and 925 titles available. Their catalog of DVDs was provided to customers under the pay-per-rent model with rates and due dates that were similar to Blockbuster, a multi-billion dollar giant at the time.

Netflix transitioned to a streaming platform because Reed Hastings saw that the speed of the internet was only going to get faster, he also recognized that most people did not like the process of receiving late fees. The end result was that Blockbuster closed all their shops and Netflix is now worth over $100 billion.

Industry: Multiple – most notable for aviation and publishing.

Lesson: Create a brand around yourself by positively self-promoting.

In the age of social media, marketing a business or startup cost-effectively usually involves Facebook, Twitter, or Instagram and some eye-catching viral content. When Sir Richard Branson launched Virgin Atlantic in 1984, there was no social media to go viral on so he had the ingenious to work out innovative ways to market himself on the cheap.

He has promoted his companies by attempting the fastest Atlantic Ocean crossing by boat, sailing down the Thames on Silver Jubilee Day in 1977 as well as doing other outlandish things to get PR. His companies have done extremely well and he is now worth just shy of $5 billion.

How To Add Value To A Business

Please enter your username or email address. You will receive a link to create a new password via email.